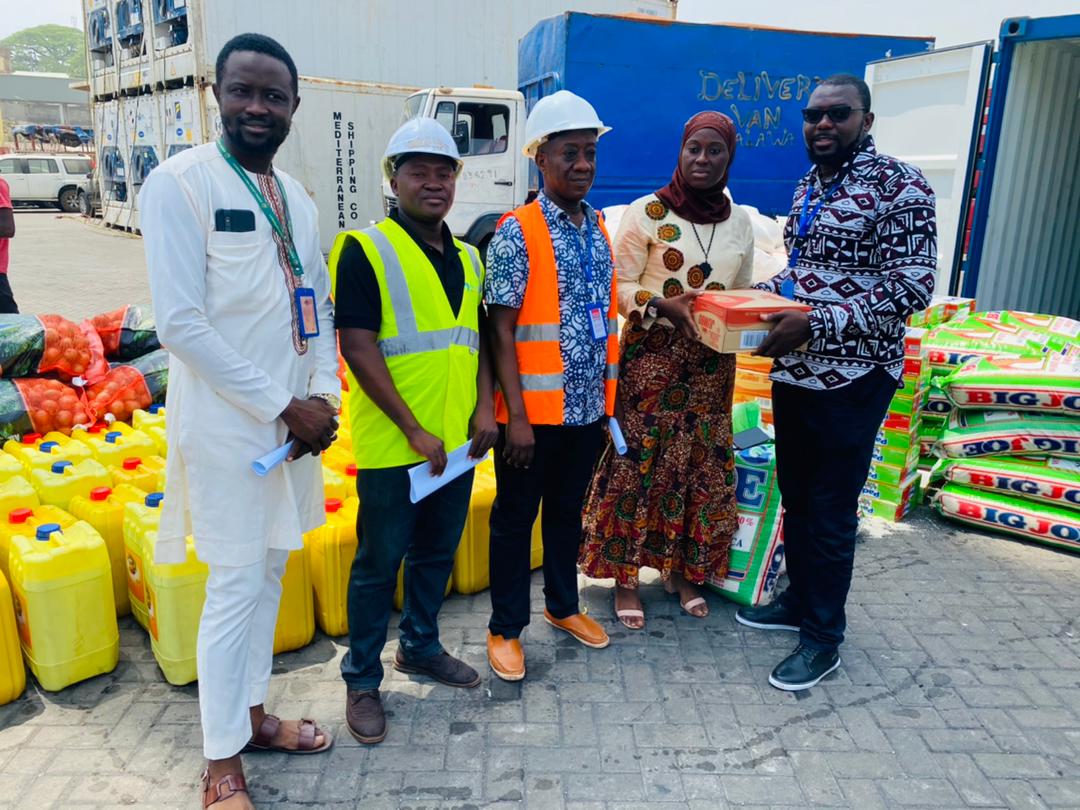 As part of its efforts in implementing its Corporate Social Responsibility and encouraging solidarity amongst Muslims in the country, Bolloré Transport and Logistics on Friday 23rd April, 2021 donated assorted food items worth one hundred and thirty million Leones (Le130,000,000) to the Moa Wharf Community, Seaside Community, Port Authority and Ward 232 in the East End of Freetown. The move is to support Muslims within these communities. The handing over ceremony took place at the company’s Queen Elizabeth II Quay office at Cline Town in Freetown.

Handing over the food items to the stakeholders from the different communities, Head of Communications/Public Relations, Bolloré Transport and Logistics Gassimu S. Fofana revealed that the move by the company is part of their continuous support to their Muslim brothers and sisters who are observing the month of Ramadan.

He added that the holy month of Ramadan is a month of abstinence and blessings, adding that every year, since 2011 they have stood in solidarity with Muslims by making millions of Leones’ worth of donations during Ramadan to ease the burden on vulnerable communities.

Gassimu S. Fofana further revealed that prior to this latest donation the company on Thursday 15th April, 2021 donated building materials, assorted electrical materials and assorted plumbing materials worth millions of Leones to the Sierra Leone Police Force for the construction of a Police Post within the Moa Wharf community, adding that they have helped in building a new Police Post for the Sea Side Community and the renovation of the Ross Road Police Station.

Chairman of Moa Wharf community, Abubakarr Barrie, expressed appreciation to Bolloré Transport and Logistics for the donation which he described as not only important but very timely.

Councilor of ward 423 Constituency 122, Councilor Radiatu B. Sankoh, expressed her gratitude to Bolloré Transport and Logistics for donating the assorted food items in order to support her ward in supporting Muslims and the less privileged in his community.

She noted that such a gesture will not only help them greatly but is a very timely intervention which will help sustain livelihoods of these Muslims as they observe the month of Ramadan.

The councilor assured all that they will use the donated food items to support the intended beneficiaries.

Chairman of Seaside community and the Transport Officer Port Authority made similar statements and commended Bolloré Transport and Logistics for the donated items.