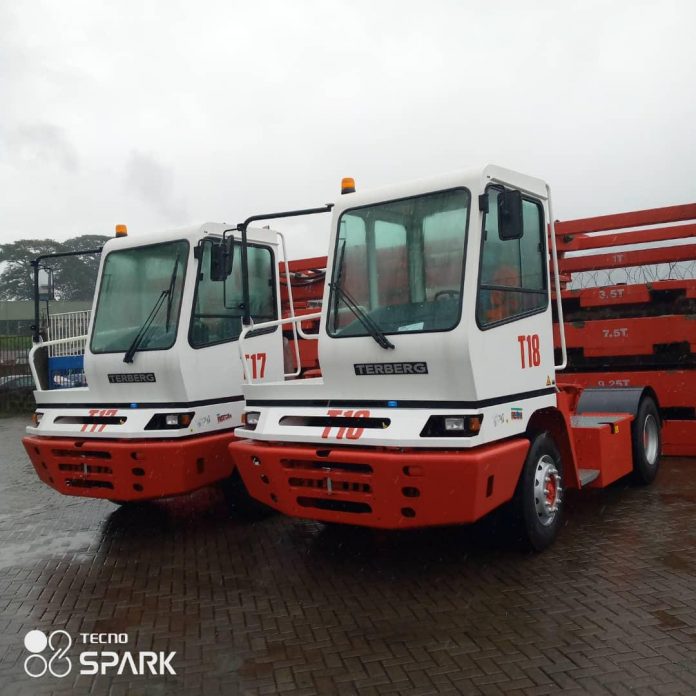 The Bollore Freetown Terminal has on Wednesday, 26 August, 2020 unveiled two state of the art terminal tractors (Terbergs) costing a little over one billion Leones in a bid to aid ongoing activities at the Terminal.

Public Relations Officer (PRO) of the company, Gassimu S. Fofana, intimated this medium that the unveiling of the two terminal tractors is based on the company’s commitment to make the Freetown Port more competitive and among other things meet all required international standards.

The PRO added that the two tractors would be an addition to the 6.3 billion Leones equipment that was unveiled by the company in June last year for the same purpose.

“Before we took over, ships used to spend weeks at the Port but with the new equipment and completion of the new berth, productivity and turnaround time has been reduced drastically where we see ships most of the time taking 48hrs to load and offload,” he further informed.

He explained further that the new equipments were cleared and all charges paid for to the country’s revenue collectors. “The company is not only a respecter of all it agreements with the Government but also remains committed to making positive contributions to nation building,” he maintained.

Freetown Terminal is a subsidiary of Bollore Transport and Logistics. In 2010, the company was granted rights to operate the container terminal and the Government of Sierra Leone happens to be a 20% equity owner of the company.  Since they started operations ten years ago, the company has undertaken refurbishment of the Port including but not limited to the construction of a new berth and installment of new equipment for better operations at the Terminal.